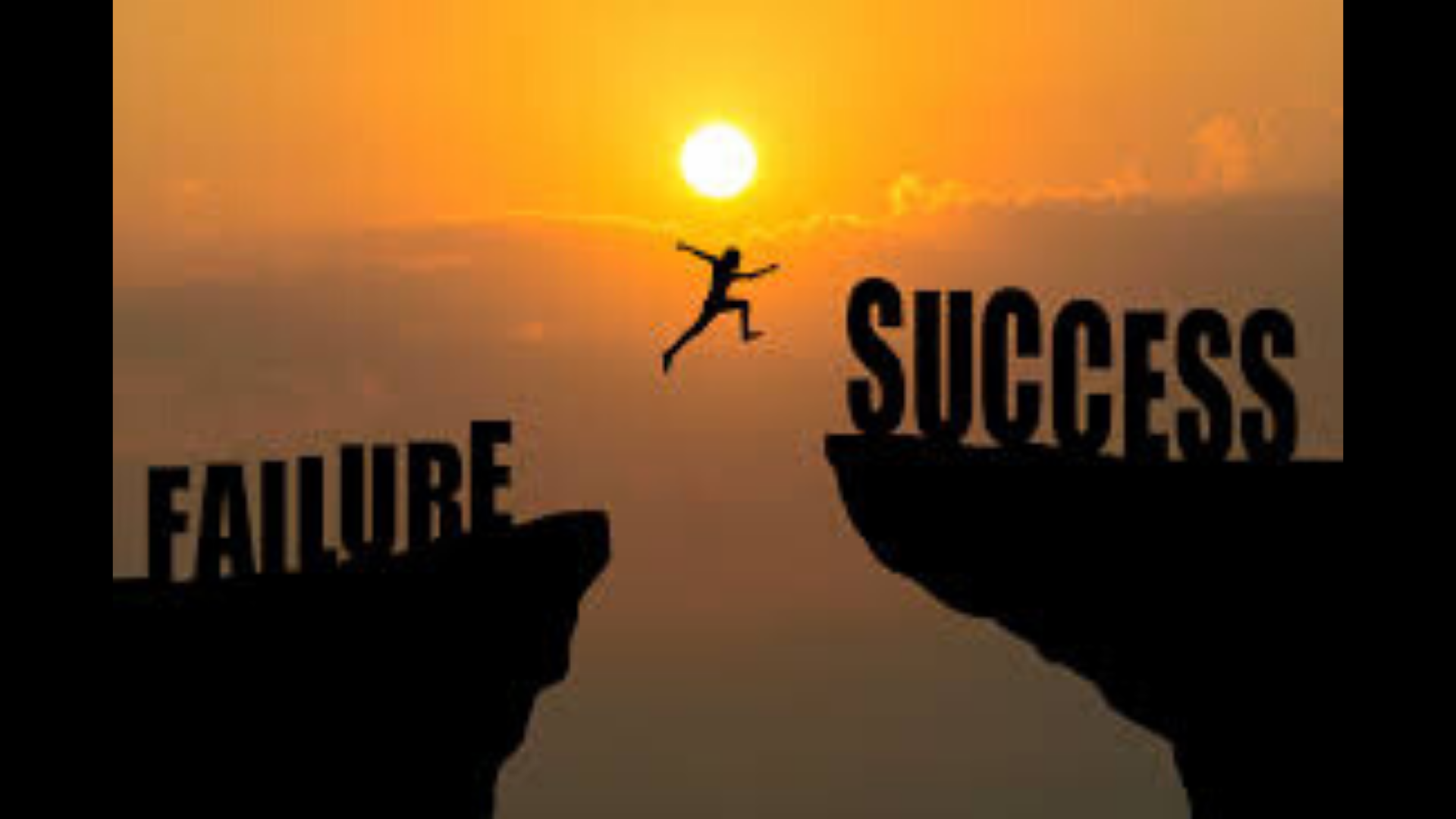 We get motivated by success stories, but we ignore the efforts that gets in to making those; we ignore the mid night lamps that are burnt; we ignore the pressure of expectations that one goes through; we ignore the kind of work ethics, patience and resolve that it needs to succeed.

The first step in success is to understand that you can fail. You are allowed to make mistakes and you will make mistakes. It's about how you manage those failures that will decide your success.

Learn to embrace the failure because this will make your life easier.

From our childhood we are taught that success is integral but no one teaches us that we can fail and what should we do when failure comes? We are running a rat race where those who get behind just lag behind until they have them in themselves to bounce back.

First thing to remember when you fail is to admit your failure, it may be because of circumstances that are beyond your control. It's normal to feel the failure, but it's not normal to spend your lives in that failure. You can always bounce back from it. Now comes the most important part that is to practice harder. Prepare a time table, stick to it; make small goals and crush them. Get that confidence going.

You can get blank while standing in front of large audience first time. Most of them will make fun of you, they will put you down but that's the only thing they can do. Now it's up to you how you take that. You can cry over it for the rest of your lives or you can practice and prepare hard when you reach the stage again.

Your anger shouldn't be against the people who laughed at you or insulted you when you got down, but you will have to channelize that anger towards the energy that is going to act as fuel towards the success.

Failure is not your final destination unless and until you make it your home. You are not supposed to live there. It's like a debris from which you have to build a home.

People who laugh at you are the ones who are going to appreciate you. You are not supposed to react to what others say, but you have to act on your failures to make them success.

I remember when I failed in exams, I heard people saying that I am doing it deliberately because I don't want to work and want to live on the income of my parents. I heard endless taunts and curses. I switched off myself from all the social networking sites and I was just feeling alone as if the world had forgotten me and on the day of my results my phone rang continuously and was flooded with congratulation messages. Those who were cursing my decision were appreciating my mental strength. That's what your success changes.

So ignore who said what, just focus on what you need to do. Your success is the only way you can change the opinion of others and answer everything.

So, work hard and make every day count. Even if your efforts go in vain, it won't be the end of your journey, you have to take it in your stride and move on towards your goal with more vigor and enthusiasm.