Common Problems Faced by the Students 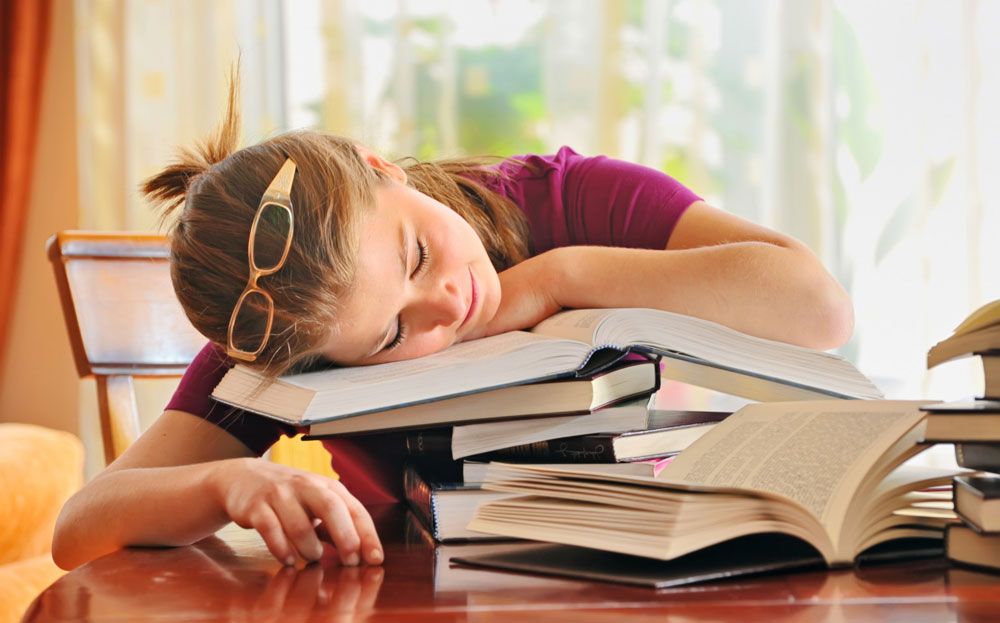 Children attend school unaware of things going in and around them, with a belief that they would get to know at school from their teacher the things that are going around them. But to their fate they are just taught what is in their books and that they need to excel in their book knowledge so that they aren't left behind, from scratch they are taught to be a ranker and being an average student isn't good. Is this what they're being taught at school? to discriminate?  This leads the students to form groups, one of the scholar students and other of average students. is this what they go to school for learning? These are the basic things to be told by parents to their children, that nothing is wrong in being an average student and being a ranker isn't necessary. Parents think marks matter so they force their children to study hard from the beginning by saying that good marks you will get admission into good colleges, they are given a burden at an early stage of life 'study hard and you shall get a reputed college'. They aren't wrong but it is that stage where their children's mental growth is to be guided in such a way that they inculcate self-learning along with what they have been taught at school and not take it as a burden that if they don't do good they will be left behind. Most of the schools teach only what is there in the books and they don't teach them the practicality of the subject which is much more important than the bookish knowledge.


The practical world works much more differently than the books which teach us how the world works. So if the students know the concept and they don't know the practical application of the subject then what is the use of such learning? The most important thing which parents do wrong is they force their children to go for coaching because they can't give their children time since they're busy in their own work thus teaching their children to depend on others for learning. They should make their children aware of the importance of self-learning. Basically, self-learning should be encouraged by teachers at school itself so that in case if parents aren't educated at least the parents are assured that practical aspects of life teachers will teach their children. At school, they only teach the students to excel in books that don't even have practical implications.

The very important thing they fail to teach is 'How to tackle failure?' So those who having been securing ranks in school because they have been taught in a manner of mugging up things when they come into the practice and when they crash on something they just can't take the failure and the thing you hear from them is 'how can I fail I have written everything, the evaluator might have made mistakes', and then they start hiding it whenever people ask them 'what's your score ?' and they hesitate to reply because they have been taught to secure ranks and then only people will recognize you keeping this thing mind that now that they have failed society will make fun of them and they won't find them capable of things and then the real problem starts they start comparing themselves, they start hiding things from parents, engage in activities which aren't good for them at the early stage. One more problem is that parents compare their children with other children which in turn makes their own children weak and that's where so many children hate their own parents for this activity. Parents should understand that their children have some different capabilities and interests whereas the children have their own so they aren't even comparable. Schools hold parent-teachers meet just to discuss the academics but they don't discuss how the parents should deal with their children, how they should find out their children's interests, their capabilities and help them make them grow. This is what leads the students to take up a path that is not suitable for them.

Now the real race starts when they done with schooling, once their tenth exams get over the only fields parents see is SCIENCE and COMMERCE is this only the two subjects in the world the students should revolve? the answer is NO a big NO, parents feel their children get into a reputed college only in these fields, and that they will earn tones. But this is only a myth that runs in their mind. So many children end up taking things which they don't like and ruin their future, which was quite opposite to their parent's thoughts. The problem was their parents or their teachers gave more importance to books which is important but they failed in identifying their children's interest, determining their capacity and helping them to increase it. Failing to give an essence of the real world, asking them what they want to learn rather than giving them only two choices. There are many things which parents don't talk to their children because they don't feel it's necessary for them at that early stage but they forget how cruel is the world and that it is so necessary for them to teach how to identify what is good and what is bad for them, topics such as relationships, drugs, social life all these topics are ignored by parents which if they would have taught their children at the early stage would have helped them to prevent issues that they are facing today. Parents should always have a personal talk with their children because in today's world it is very much necessary for them to have a talk on those topics which are very much necessary.

The most important thing which is not taught in school as well as colleges is FINANCIAL LITERACY. More often the teachers or professors who teach, they themselves don't have any idea about the financial world because they themselves don't know how to make money and they just give the theoretical knowledge to students and don't teach application of it because they themselves don't know the application. They often say 'HIGHER THE RISK, MORE THE RETURNS' , then why don't they take risks? if they would have taken the risk they would have been in so many different parts of the world earning huge amount of money. At colleges, the professors tell if you don't do well no company will hire you, they give us that mentality that you become an employee of a company and increase the wealth of the person who is wealthy at the first place and you get a salary which is a very small portion. They don't teach how to become entrepreneurs and make your own wealth because they themselves don't know how to make it and then they teach us that rich get richer and poor get poorer, obviously it will because the children are unaware of financial literacy. It's very much important to narrow that gap. It is only possible when the teachers who teach are well versed with financial knowledge and know the applicability of the subject which they are teaching then only they can teach the students how to become entrepreneurs rather than becoming an employee of some company.

In the end, I would like to say self-learning and knowing practical applicability of things will help you grow at a much faster pace and try to learn a few things of everything out of the things available out there. Parents should have a regular talk with their children and not hesitate to talk about certain topics because to be honest children know what parents think that their children might not be knowing. The current generation is very much open-minded and their parents need to understand the children's social and stress problems which they might be going through which they're unaware of. And the schools and colleges should focus more on applications of the subject rather than just imparting what is there in books.