The concept of Industrial Training was introduced by ICAI to develop a problem-solving attitude amongst future CA’s and to give an insight into what the role of a Chartered Accountant is, in the industry. This inclusion of industrial training to the CA curriculum is meant to provide industries with candidates who are adaptable to the industrial setups and are compatible with their peculiar working structure. This subsequently also helps those candidates who wish to pursue their careers in industrial backgrounds.

In this article, we discuss all about the CA Industrial Training including its eligibility criteria, duration, procedure, and recent updates about the same.

In order to receive industrial training, a candidate must pass certain eligibility criteria, which are discussed below.

1. According to the Chartered Accountant regulation of 1988, a candidate who has passed the CA intermediate or IPCC examination (both groups) is eligible to serve as an industrial trainee in any of the financial, commercial, industrial undertakings as may be specified by the council or such other institutions or organizations as may be appeared by the Council from time to time.

2. An article can only serve as an industrial trainee if he/she has completed 18 months of their practical training.

3. It is mandatory for the candidate to intimate their principal at least 3 months before the commencement of the ICAI training.

The period of industrial training may range between nine months and twelve months during the last year of the prescribed period of practical training.

The candidate is required to fill the form number 104 to register themselves for the industrial training. This form can be downloaded here. On the successful filing of the form, the same is to be submitted to the Council of ICAI in the following manner: 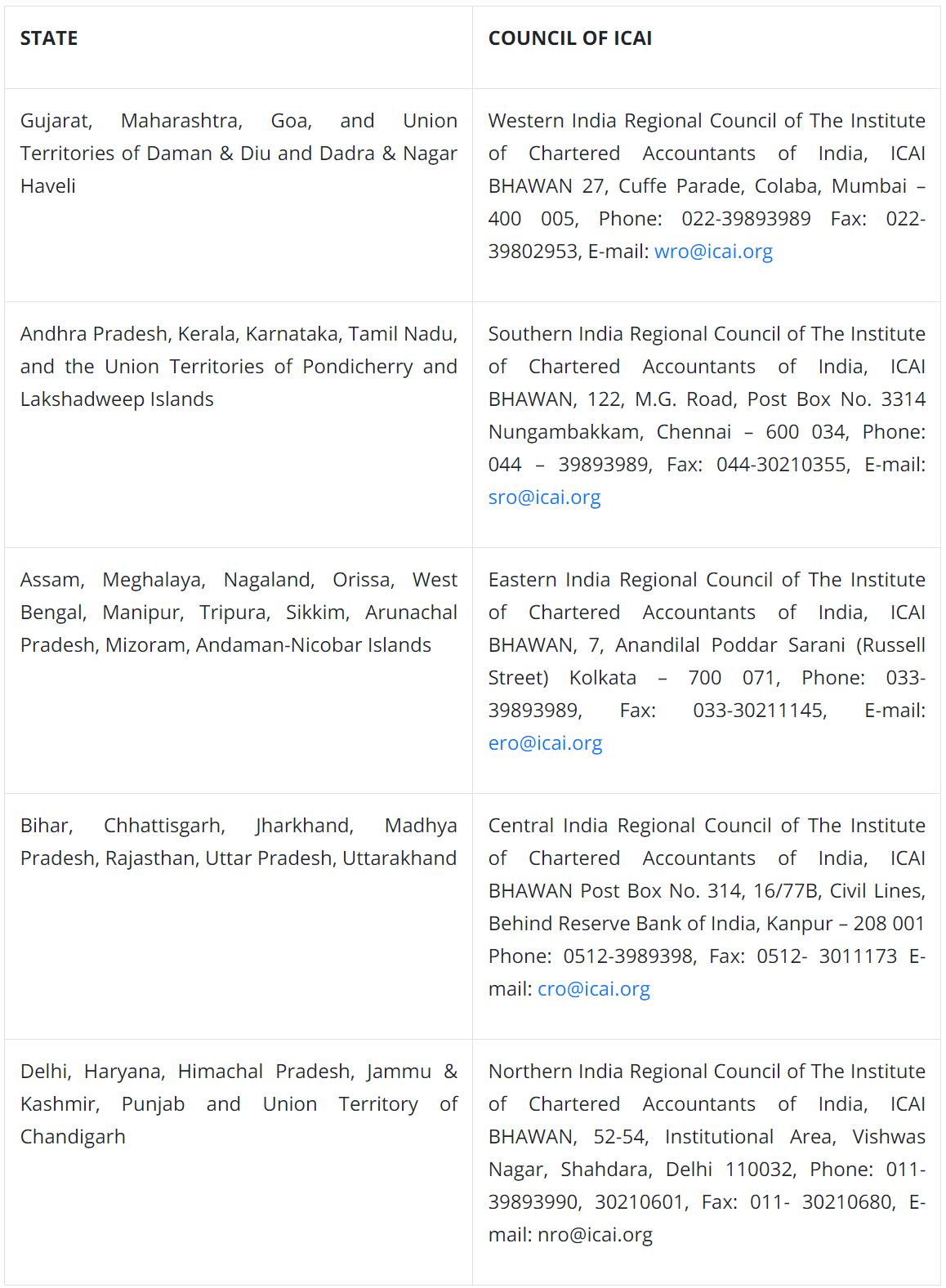 Checklist for Form No. 104 for CA Industrial Training:

• The Company imparting Industrial Training is to be approved by the Institute. The list of such approved companies can be accessed here.

• The student must inform his/her Principal at least three months prior to the date on which training is to commence, his/her intention to undertake such Industrial Training.

• Form 104 is to be submitted on a non-judicial stamp paper or affix ‘Special Adhesive Stamp’ as per the rates applicable in the respective Cities/States in duplicate and submit the same to the Institute within 30 days from the date of commencement of such training.

• The period of registration as Industrial Trainee should not be less than nine months and more than twelve months including the period of excess leave taken and the training can be during the last year of Practical Training.

• Industrial Training can be received only under a member of the Institute and under the Organisation approved by the Institute. The employment details of the members must be updated in our database.

• The industrial training shall be received under a member of the Institute of Chartered Accountants of India. However, it is required of the person to be a member of ICAI for at least 3 years continuously to undertake a trainee at a time and the fellow shall be entitled to train two industrial trainees at a time, whether such trainees be articled, assistants or audit assistants.

-Provided that in the case of the Central or State Governments, Central statutory and judicial authorities, regulatory bodies, banking companies, and other departments of central or state governments, institution or organization, if no member of the Institute referred to in this sub-regulation is available, the industrial training can be imparted by such an officer of that Government, Authority, Body, Bank, department of central or state government, institution or organization, as may be recognized by the Council from time to time.

-The entitlement of such an officer shall be determined by the council from time to time based on the number of years of service and the nature of services being rendered by the department concerned.

• An article assistant can also serve as an industrial trainee for a period ranging from six months to eighteen months in a foreign country under a member of the accountancy body in that country recognized by the International Federation of Accountants.

• A member or officer related to ICAI, with the consent of their trainee can also depute their trainee for industrial training for a period of three months to any foreign country, in a manner determined by the council.

• The training must include a stipend as agreed mutually between the industrial trainee and the member of ICAI.

• As discussed in the Chartered Accountants regulation 2020, the working hours of an articled assistant shall be 35 hours per week which is to be regulated by the principal from time to time.

• On satisfactory completion of the industrial training, the member who was training the industrial trainee shall forthwith issue to their trainee a certificate in the form approved by the Council in respect of the training provided by him and forward a copy thereof to the Secretary. The approved form for which is Form no. 105.

This year a total of four thousand four hundred and five firms/companies have issued vacancies for articleship training and industrial training. However there are only sixty-six vacancies specifically for the position of an industrial trainee. Every year the significance of industrial training is rising and with that vacancies are also increasing. It is wise to apply for such training to develop an understanding of the production processes to create an edge over other candidates and improve the prospects of acquiring the sought job position.